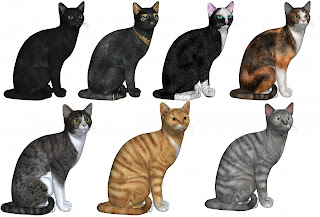 In the digital marketing classes I teach at Benedictine University, one of the challenges of maintaining a digital marketing curriculum is keeping up with the changes. One of the fundamental shifts underway over the last few years has been towards greater use of mobile messaging apps, at the expense of "traditional" social media channels, such as Facebook.

For fun I took an informal poll, of a class where the age range is probably 19 years to early/mid 20's, to see which mobile messaging apps people use; I felt impressed with myself that I knew some to suggest, and had never heard of others.

In a class size of about twenty, students reported using the following apps, and some of them use multiple apps. The numbers in parentheses at the end are the number of students who said they used the app.

So my poll is pretty informal, but I have a few comments - Snapchat is well-known, and my general interest in these apps is knowing that with increasing traffic and usage, the advertising industry is trying to figure out how to leverage them. Most of these apps like Snapchat were tiny startups that morphed rapidly into having hundreds of millions of users. And because of this rapid growth, a good example of the impact is that Facebook ended up buying WhatsApp for 19 billion dollars, because of the rapid growth and realizing they needed to make sure they weren't left in the dust.

GroupMe I never heard of, even though I keep my eyes on the news. My little notes about the messaging apps above are not exhaustive - apps share functions, but they are known for different things. For example, WeChat is not on the list, but has a huge international footprint, and it's an example of an app that is taking a very deep foothold in China, and packing in so many features, that it threatens to unseat operating systems and other apps.

So the main thing that interests me is the cycle of where the eyeballs and attention goes. A decade ago you had Microsoft Windows owning most of the eyeballs through its operating system on desktop PCs, and the Internet was already beginning to shift this dominance, because of the beginnings of the "cloud", where programs you normally had to buy and insert a CD and use on your desktop or laptop, were now a website. Facebook in particular came along as a single website, and started packing in features, and that took eyeballs away from the overall operating system.

And that what Facebook and others did to Microsoft, was starting to happen to Facebook, with the rise of messaging apps, and that's why they paid 19 billion dollars for a little messaging app company with a lot of users.

Things move so fast it's hard sometimes to know what to keep track of, but to simplify, I tell my students that you can count on things evolving, and that from a marketing perspective, advertising dollars and techniques follow where people spend their time.

My general sense at the present is that marketing on messaging apps is an unknown as far as where it's headed, and one of the biggest threats to conventional digital marketing techniques has been the rise of ad blockers. Yet Google, the 60 billion dollar a year search marketing machine, is not sitting idle - it has some deals with some of the ad blocker apps, to allow google ads; and I think that's fair, usually Google has been the least obnoxious and unobtrusive advertising phenomenon in the larger space.

App makers can integrate ads into their apps, and things are shifting in that direction; ad blockers generally limit ads that appear in a browser but not necessarily in an app. So that shift will continue; also techniques will surely change in situations where conventional ads are not desired by the app maker, or where in messaging apps, it is primarily a text environment where users may not want a visual ad encroaching on their text. But promotions could be done by "following" a messaging account, sort of like Twitter. One student who works at a dance club indicated that the club has a SnapChat account that people can follow.

Those are some of my thoughts on herding cats - best wishes in keeping track of messaging apps!